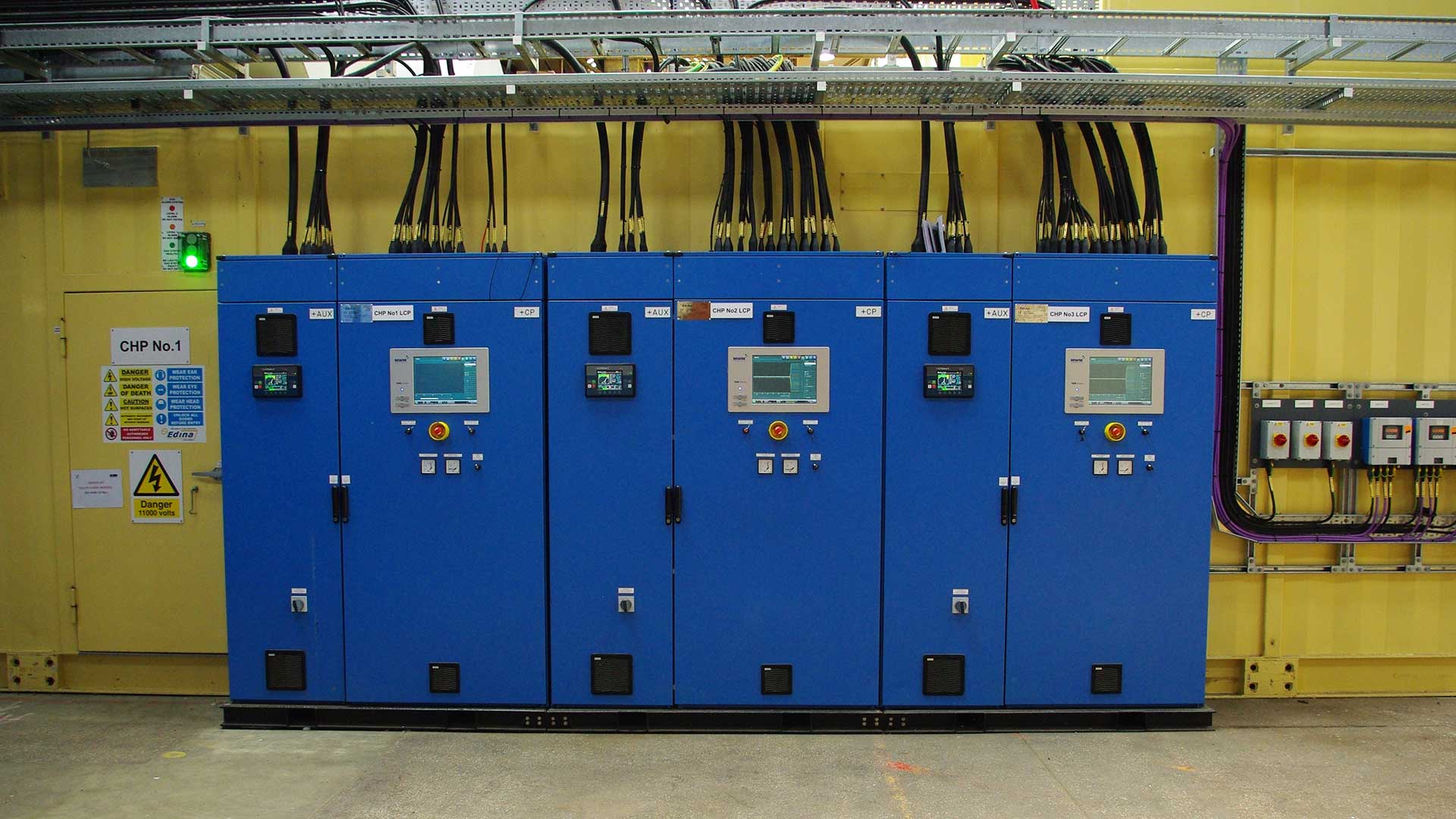 Mogden Sewage Treatment Works is the second largest in the UK. It was built between 1931 and 1935 at a cost of £1.7million and treats waste water from a population equivalent of 1.9million, covers an area of 55 hectares across a 60 square mile catchment area of north and west London.

Between 1962 and 2002, the sewage treatment plant had undergone a number of on-site upgrades made to the renovation of the East Side Inlet Works, extension of the West Side works, upgradation of 16 digesters, improvement of the sludge stream, replacement of various facilities, installation of boiler systems and implementation of odour control measures.

In May 2010, Thames Water extended and upgraded five major sewage works in London, to improve the quality of water in the River Thames, which receives most of the overloaded sewage and storm water from the five major sewage treatment works during heavy rain.

The current upgradation works doubled the treatment capacity of the Mogden plant to meet the needs of London’s expected population growth by 2021. The project primarily reduced the amount of storm sewage overflows into the River Thames during heavy rainfall and control odour.

The existing four 2.2MWe dual fuel, Mirrlees Blackstone combined heat and power (CHP) plants, had reached the end of their service life. Furthermore, the CHP reliability was poor, with three of the four engines operating continuously, with the fourth engine offline for regular service and maintenance intervals scheduled every 10,000 hours.

Because these dual fuel engines ran on a diesel ignition process, emissions were not as clean as the modern spark ignition counterpart and efficiency was low in comparison to more modern engine technology.

The engines and blowers had been built in 1989 and installed within in an existing power house building, causing noise pollution well above 110dBA. Furthermore, the availability of sourcing genuine parts was also problematic.

In 2014, Thames Water transformed how it was going to deliver capital investment, and set up an industry-leading alliance, under the operating name eight2O.

Comprising of five groupings, eight2O includes two design and build joint ventures consisting of Costain, Atkins, Black & Veatch (CABV) and Skanska, MWH and Balfour Beatty (SMB), as well as a programme manager in MWH and a technology innovator in IBM, plus Thames Water as both client and partner.

Edina is the official distributor in the UK and Ireland for MWM reciprocating gas engine technology. MWM is one of the world’s leading gas engine manufacturers, and are capable of achieving market leading electrical and thermal efficiencies, low operating and servicing costs and high reliability and availability, which is usually well in excess of 95%.

Edina and Thames Water have presented an excellent entry. Mogden Sewage Treatment Works is a great example of how the performance of a long-standing sewage treatment plant can be upgraded with a collaborative approach and investment in new infrastructure and CHPs.

The Edina installed 6MW CHP plants was containerised individually at Edina’s manufacturing facility based in Lisburn, Northern Ireland. Due to the confined space restrictions available on-site, the containerised CHP plants were bespoke engineered to accommodate for the limitation in space.

A new gas feed was connected into the gas line feeding the power house, achieving a minimum of interruption to the 24/7 process of the sewerage treatment works. The gas line was fed into new coalescing filters onto new siloxane filtration before being split in a manifold, off to the new engines.

A new flue stack was erected to comply with the chimney heights regulations, and coolers from excess heat dump and intercoolers were all installed outside the 80 year old power house. Similar to the gas line, the hot water circuit was interrupted and a diversion circuit was created in the basement of the power house so that the heat from the new engines could be easily diverted into the boilers feeding the pasteurisation process whilst still maintaining the heating from both the old CHPs and the boilers.

By containerising the CHP engines in individual acoustic enclosures, and the shutting down of the old CHP engines, the noise level within the powerhouse has significantly reduced, with the Edina CHP engines operating at 65dBA.

In the event of a loss of power from the electricity grid, the supplied MWM engines are capable of running in Island Mode operation, isolated from the grid, providing critical standby power to the sites infrastructure.

The eight2O alliance have also replaced existing assets to further improve efficiency, serviceability and performance.  Namely, improving the on-site infrastructure to accommodate a higher yield in gas production due to the efficiencies made to the existing boilers.  Furthermore, the replacement of the air blower feed pipe work and blowers to battery activated sludge treatment processes, and reduced odours at the site.

Improvements to Mogden Sewage Treatment Works have enabled the facility to increase its sewage treatment capacity by more than 50 percent and meet the tighter effluent quality standards set by the Environmental Agency.

In April 2017, the CHP has just finished its 28 day trial period and is showing some significant results reported by Thames Water. In its first few weeks of operation, reports suggest that the CHP has generated a 47% increase in electricity when compared to the same period in 2015.  Although the energy generated does vary week on week, it potentially represents a weekly cost reduction of £123,000 for Thames Water.

Also, Mogden Sewage Treatment Works is 1 of 27 digestion sites, and was reported to be responsible for 16% of the total Thames Water sites generation achieved by waste water.