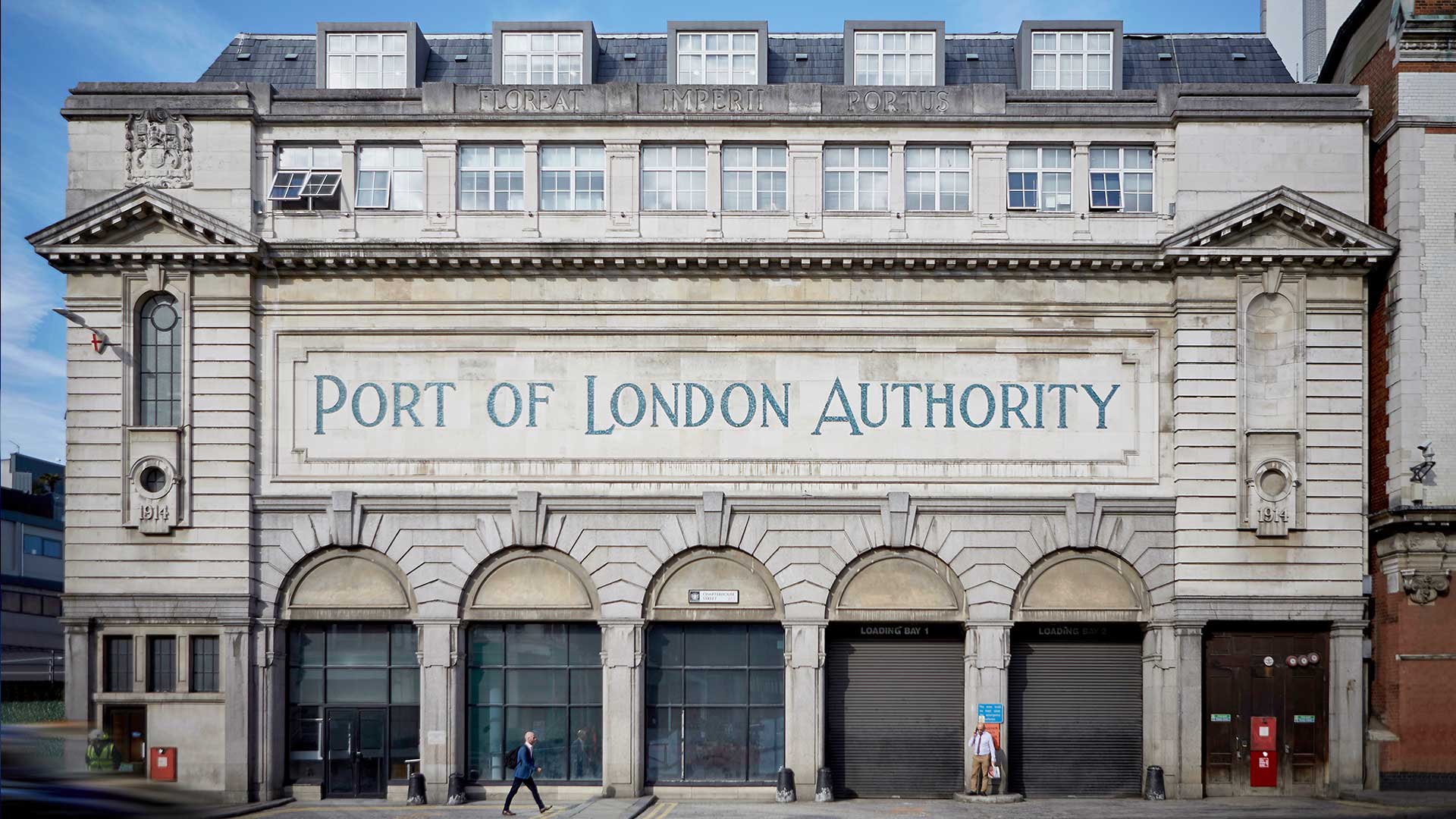 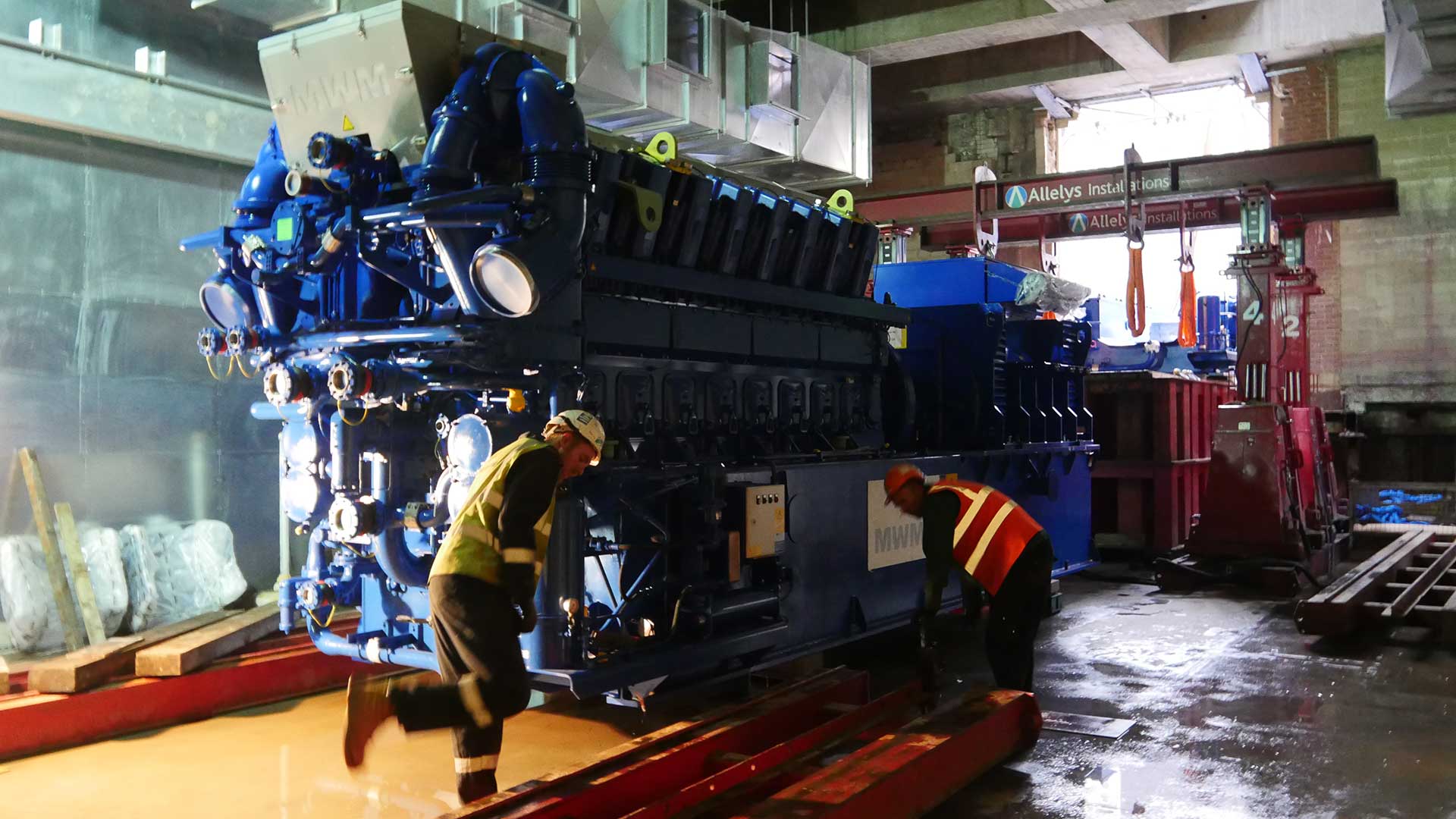 London’s Citigen power plant located within the heart of Central London has been supplying power generation to major public buildings since 1992 as part of a community wide energy project to provide more efficient, cost effective energy and carbon savings of 5,000 tonnes a year.

Situated within the Port of London Authority and neighbouring Central Cold Storage buildings in Charterhouse Street in the borough of Islington, the 20 year old plant recently received investment from E.ON’s Community Energy business to modernise and update the Combined Heat and Power (CHP) technology as part of its long term District heating strategy.

The principles underpinning the redevelopment of Citigen adhered to strict conditions which included the preservation of the two buildings listed facades, improving the environmental credentials, safeguarding heat and chill capacity in line with projected customer growth.

Chosen for their high reliability and efficiency, MWM gas engines are world renowned for achieving maximum electrical and thermal efficiency, low operating and servicing costs and were recognised as the best fit for purpose, combined with the proven operation and maintenance support package from Edina made this the winning combination.

The large scale community energy system is made up of a central power station and district heating network.  Natural gas fuelled by the CHP plant is located near Smithfield Market and supplies heat and cooling to ten of the City’s properties by an underground pipe network spanning over two miles.

The properties include Guildhall, Smithfield Market and the Barbican Centre.  Private customers are also supplied, including a sheltered housing unit for the elderly.

Cooling (as chilled water for air conditioning systems) is also provided to 6 properties via a separate parallel underground pipe network. Chilled water is generated mainly by absorption chillers which utilise heat from the engines as their main energy source, and are thus well suited for this application. Electricity generated is conveyed to the local distribution grid and sold through Citigen’s parent group. This type of system is sometimes known as ‘tri-generation’.

The plant/site is located in the heart of the Farringdon regeneration area situated inside two irregular multi-level buildings, of which the Central Cold Store is a grade II listed building.  With the removal of the redundant pipework and two 350 tonne V18 compression-ignition reciprocating engines, heat and chill services had to be maintained to customers during the refit.

Preparatory works for both CHP engines were done in advance to avoid additional costs of duplicate preliminaries, site set up and enabling works in future.

Site logistics were a major challenge with on-going internal demolition works, refurbishment and construction running concurrently with Edina’s equipment installation.  The co-ordination and phasing of work were essential to meet strict deadlines and Health and Safety requirements.

From an existing basement, situated 8 metres below street level, a new slab supported on concrete columns was cast to accept the installation of the new engines and acoustic cells.

Due to the amount of equipment arriving at site road closures were inevitable, the approvals process required that a 12 week notice period be given, placing significant importance of delivering the project within the agreed timescales.

Due to the restricted ground loadings, each 53 tonne engine was delivered in three parts (bedframe, engine and alternator) and reassembled in the basement.

The construction of the acoustic engine cells, pipework installation, cabling and the delivery, offloading and installation of equipment was challenging due a heavy reliance on scaffolding and lifting equipment.

Edina installed four silencer sets on the upper floor of the building above the engine cells.  These were installed through a small opening in the roof using a tower crane.

The size of the roof opening and the crane’s load capacity meant each silencer had to be landed in pieces, craned into the building, reassembled and skated into position.  In order to manage and organise the crane slots and adhere to the on-time arrival and departure of equipment, it was important to keep momentum and encourage the flow of equipment to give the installation contractors continuity of work.

Heat is recovered from engine exhausts, turbochargers, jacket cooling, and lubricating oil and transferred via heat exchangers to the district heating network. The absorption chillers are also supplied with heat. Any surplus heat produced is dissipated to atmosphere by cooling towers.

The operating regime of the engines is dictated by prevailing electricity and gas prices. Typically one engine operates during the day but not overnight or at weekends. When the engines are not operating heat supplies to the network are maintained by backup boilers.

The district energy network extends for a total distance of 3.6km through the north western parts of the city, with a branch running north into Islington. For ease of installation and access, the majority of the pipework and cables makes use of existing subways, basements and car parks with the rest buried under roads.

This cost effective, secure service helps to provide the energy needs of some of the Corporation of London’s premises including The Barbican Art Centre, Guildhall, Bastion House and London Central Markets as well as other major commercial customers.

The Combined Heat and Power system benefits the community in a number of ways, as outlined below:

The scheme saves around 5,000 tonnes of CO2 each year and benefits from discounted energy charges from the operator.

The London Plan, a statutory spatial development strategy for the Greater London area that is written by the Mayor of London, allows boroughs to require new developments over a certain size to incorporate sustainable energy approaches – such as being designed to link in to a district energy network, before granting planning permission.  This is used to encourage developers to link up to the energy network.

The district heating scheme at Citigen provides a market for the heat generated from the CHP which enhances the electricity production by 50% compared to conventional power plants.

Due to the networks flexibility, new heat loads and low carbon energy can be integrated to provide balancing from the growing share of renewables on the electricity grid, particularly when combining large hot water storage with CHP and heat pumps.

Finally, the Citigen heat network can connect buildings in high density urban areas where individual heat pumps or biomass boilers are unfeasible due to space requirements.

Images supplied and owned by E.ON.